With Elsner, composition studies began with the polonaise, but it was immediately followed by rondos and variations
(Tomaszewski)
The rondo appeared in the Chopin oeuvre as an autonomous work on five occasions, in his youthful years in Warsaw and subsequently in his early Parisian period (1833). It is this musical form that carries the opus number 1: the Rondo in C minor, by the fifteen-year-old Fryderyk, written and published in 1825. So the rondos composed by Chopin are on the one hand testimony to the young composer acquainting himself with one of the basic classical forms (the rondo of the Viennese Classics: Haydn, Mozart, Beethoven and their imitators), but on the other hand a way of composing in the dazzling and then fashionable style brillant, which for the young pianist Fryderyk was a matter of considerable importance. In his later years, however, the mature composer of the scherzos, ballades and études eschewed the genre of the free-standing rondo. The rondos which he had composed earlier played no greatly significant role in his oeuvre and are generally referred to as youthful or virtuosic pieces demonstrating the ‘classical’ aspect of his compositional training.
Whilst familiarising himself with the basics of the classical rondo (reiterations of a refrain separated by a succession of couplets), the young Chopin also observed features of the style brillant in rondos by such composers as Hummel and Weber. This gave him the model for shaping the pianistic lustre of his own works. His very first effort,the Rondo in C minor, Op. 1(1825), although just a modest piece by a budding composer, is already marked by a graceful brilliance. And yet in this early work it is difficult to discern any traits of Chopin’s future style, and the melodic inventiveness is rather limited.
A much weightier composition is the Rondo à la Mazur, Op. 5, from 1828. This is a work of greater dimensions, displaying a more advanced pianistic style. It is also the first rondo in which the composer turns to the stylisation of national dances. Here, ‘folk’ moments (the ‘Lydian fourth’ in the melody, the stylisation of a country ensemble) go hand in hand with highly bravura virtuoso parts. Written at the same time was another work of similar conception, which may be regarded as a more accomplished example of this genre in the Chopin oeuvre: the Rondo à la Krakowiak, Op. 14, with its brilliant stylisation of another national dance [see Works for piano and orchestra].
Also dating from the Warsaw period is the Rondo in C major (1828), not published by Chopin, only issued after his death, in 1855. This work exists in two versions: for solo piano and for two pianos. It has not been widely acclaimed, although its music is effective and at times quite striking.
The last free-standing rondo in Chopin’s output was written in 1833, in Paris (Rondo in E flat major, Op. 16). This does not, however, play any role in the development of his music, representing a fleeting return to the style brillant which the composer had by then largely abandoned. Although quite sparkling, it is equally conventional in its range of compositional means, which explains why it is rarely performed.
The rondo also appears in Chopin’s music on many occasions as a form in his cyclical compositions. For example, a rondo structure is displayed by the finale movements of both piano concertos and the marvellous Finale of the B minor Sonata, Op. 58. A closer analysis of Chopin’s works also reveals rondo influences in other genres.
Artur Bielecki

The Rondo in E flat major, Op. 16 was possibly composed during a beautiful summer spent at Côteau, and it was published in the autumn of 1833 with an unusually long dedication: ‘dédié à son élève Mademoiselle Caroline Hartmann par…’ (‘dedicated to his pupil Miss Caroline Hartmann by…’). This work is pure virtuosic display.

It scurries by in a single breath – allegro vivace, as befits a rondo. It wavers between risoluto and dolce, falling here and there into rubato, brillante and leggiero. In the opinion of Jachimecki, who is rather critical of this work, ‘the themes slide smoothly over the keyboard, without disturbing the varnish…’

The refrain brings a distant echo of a krakowiak – of the ballroom, rather than country tavern, variety. It is complemented by a forceful, risoluto motif. The theme of the episode, heard once in A flat major and then in B flat major, which functions here like a second theme, brings a singing, harmonious character. The mood alters with the graceful but flighty motif of the bridge passage, characteristic of the brillant style. The last appearance of the refrain anticipates the climactic coda, in which the pianistic display reaches its zenith.

The Rondo is furnished, of course, with an introduction, which in this instance is quite a singular one, as it gives the impression of a hastily jotted down improvisation. Jachimecki considers that ‘it has no causal relationship with the actual rondo’. It presents a sequence of fragments that start… then break off, as if wondering at one another.

The Rondo in E flat major – like the Variations on a theme from the opera Ludovic and the Grand Duo Concertant on themes from Robert le diable – bears testimony to a time that might be called a period of adaptation. The young pianist from Warsaw is trying to find his place in Paris – a city that has bewildered and partly also enslaved him. ‘For a while’, as he confessed to Elsner – he wanted to put aside ‘loftier artistic vistas. ‘I am forced’, he wrote, ‘to think about forging a path for myself as a pianist’. As a pianist composing music that was in vogue, like that being composed by all those around him, such as Kalkbrenner, Herz, Moscheles and Thalberg – music intended for the Parisian salons. This sparkling Rondo, which dazzles with its pianistic virtuosity, was composed in that Parisian bon goût. 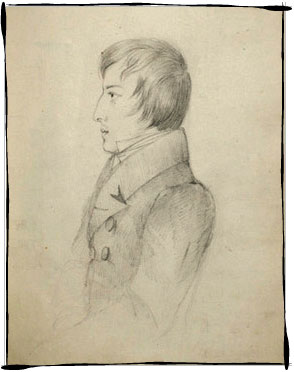